Get a rare glimpse into life in the 19th century when you stay at Moss Side Manor. Listed in the National Register of Historical Places, this beautifully appointed home includes two bedrooms, two and a half bathrooms, hardwood, oriental rugs, gas fireplaces and period furniture for a truly authentic experience. To reflect its original construction, the remodeled, modernized kitchen and dining room are separate from the main house

Moss Side Manor is composed of a main residence of two floors with two landings connected by a staircase and a one floor extension and porch to the rear.  The structure is Civil War era in origin and had reached such a state of physical deterioration in 2013 that it very nearly collapsed during restoration, thus necessitating a complicated engineering rescue.

To the rear of the house is a charming two floor tower dependency once composed of a kitchen and living quarters for servants that may be older than the home, thus suggesting the possibility of an earlier residence. During the restoration phase, the tower could not be fully straightened without irreparably damaging its structural members; consequently, it exhibits a pronounced tilt to the east.

The expansive grounds have been cleared of the encroaching forest to recreate an undulating meadow and the farmlands across a small, spring-fed rivulet behind the home are greatly enlarged.  The old building is tastefully furnished and decorated with portraits and paintings to exemplify the lifestyle of a prosperous Virginia family in the late 19th century. 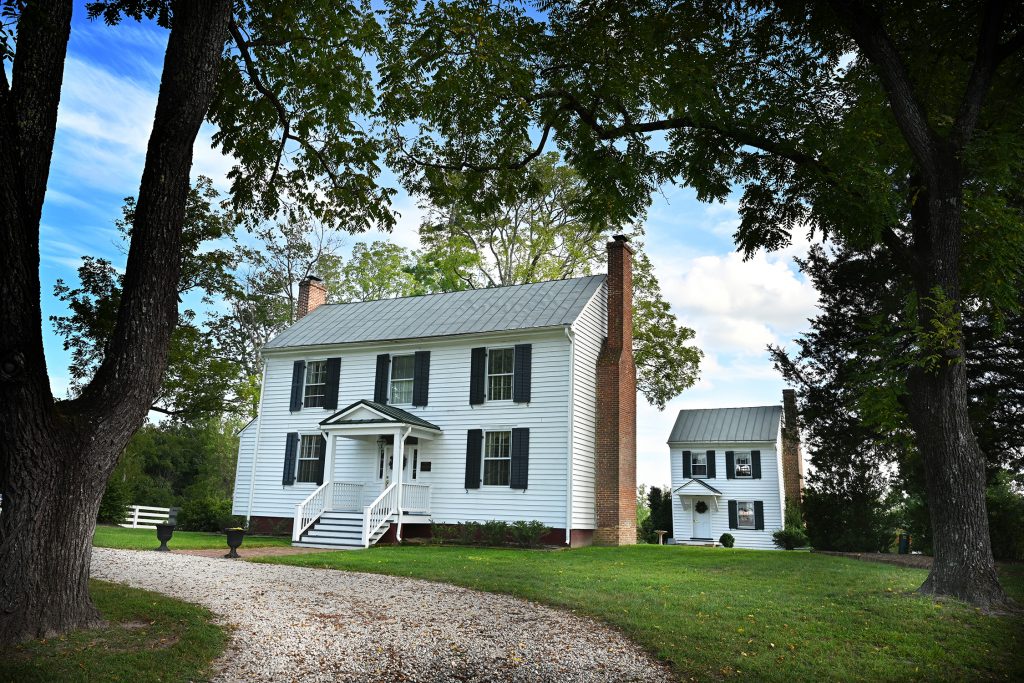 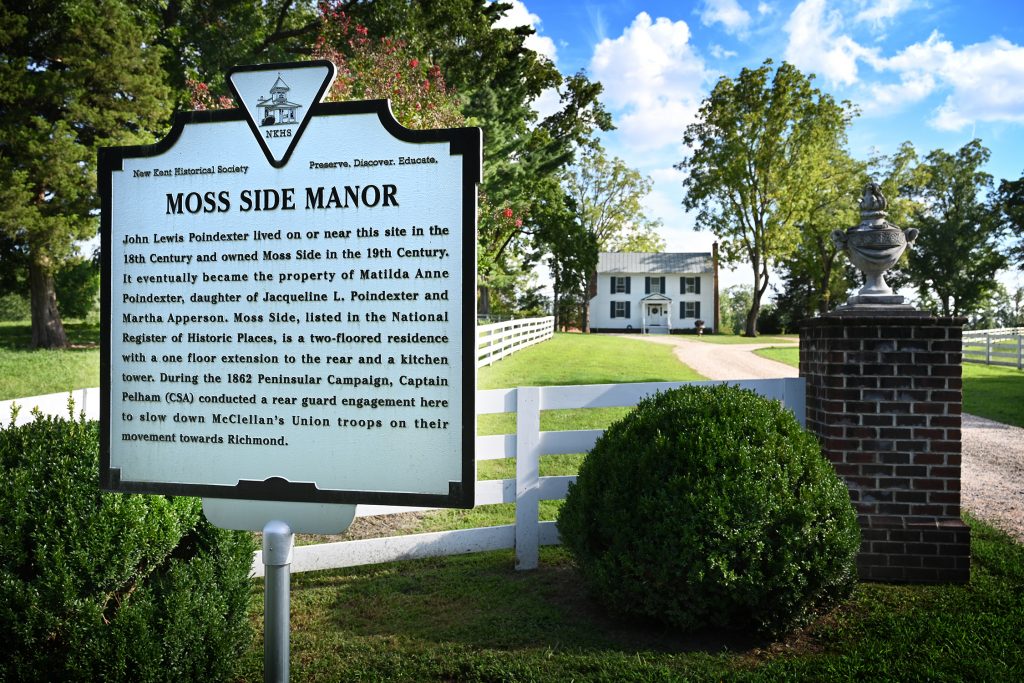 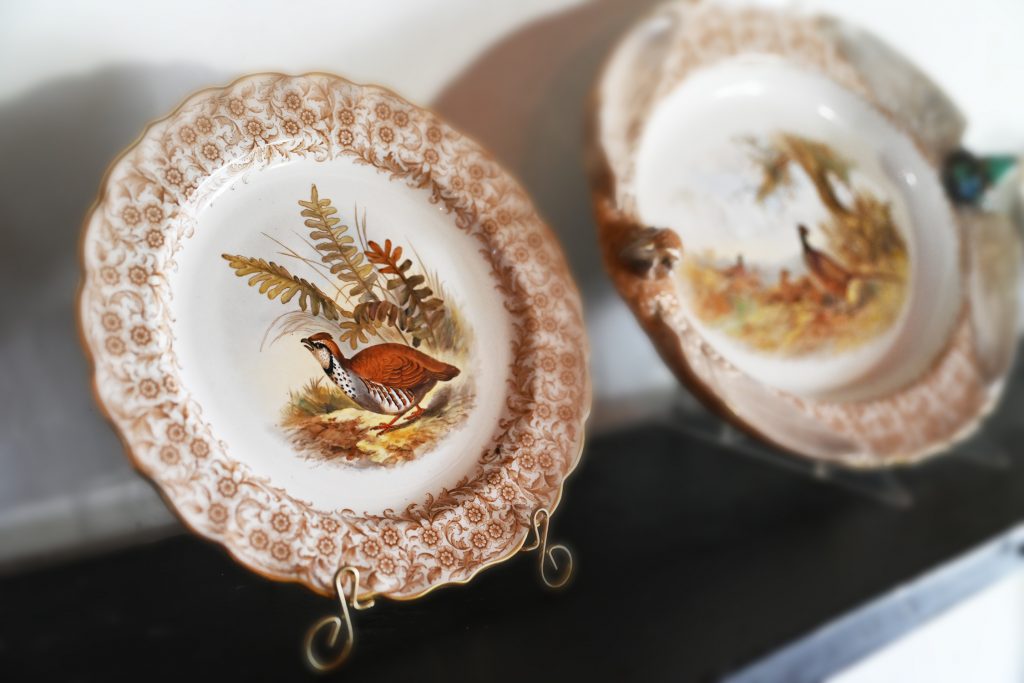 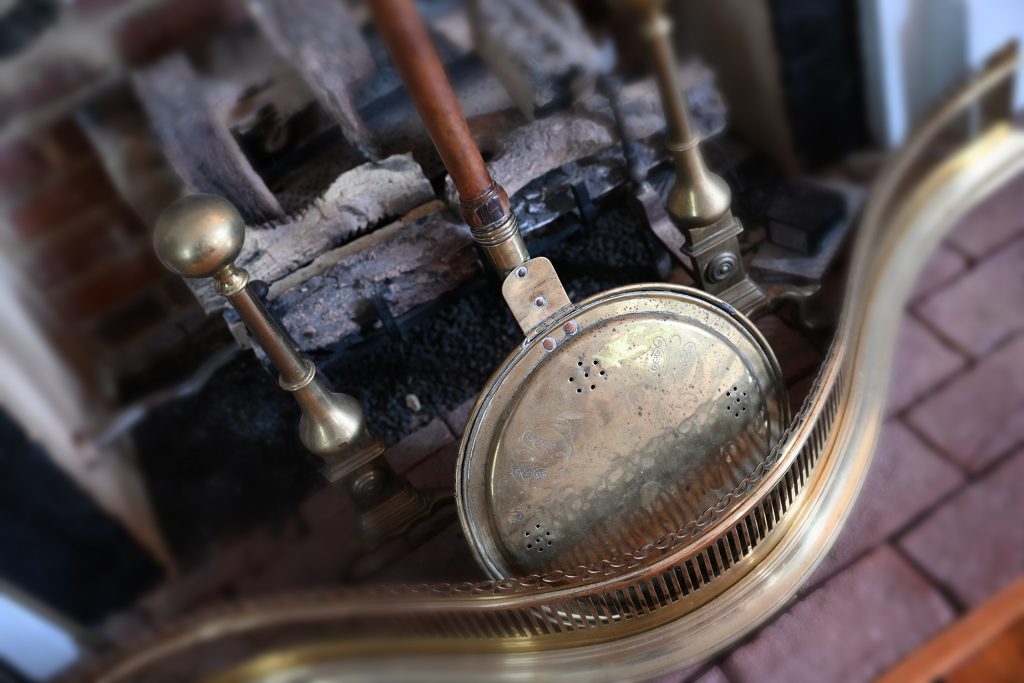 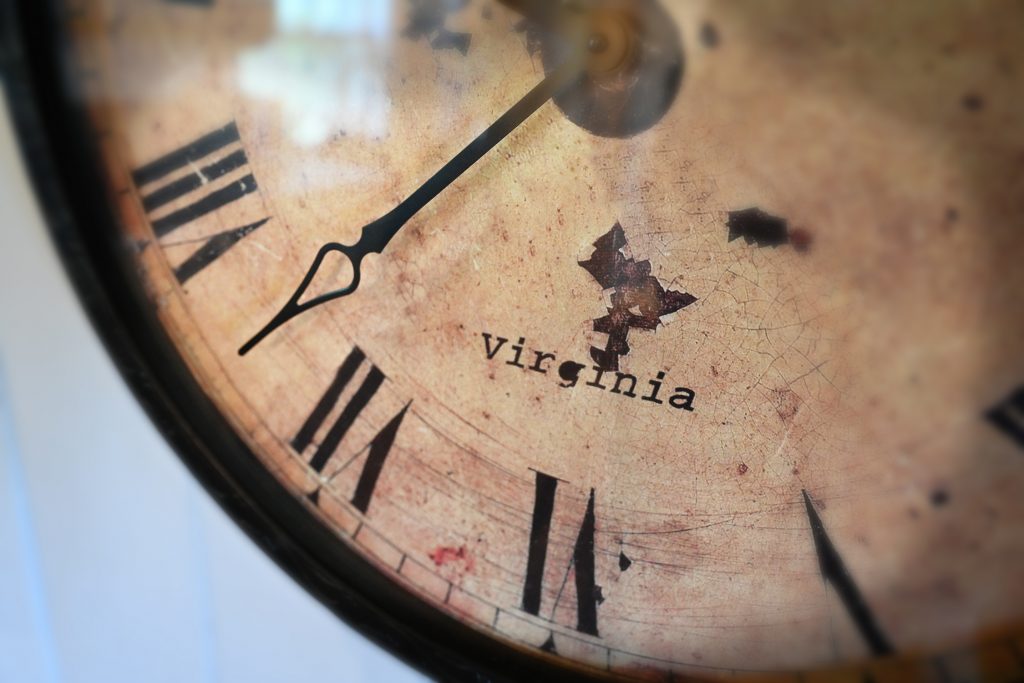 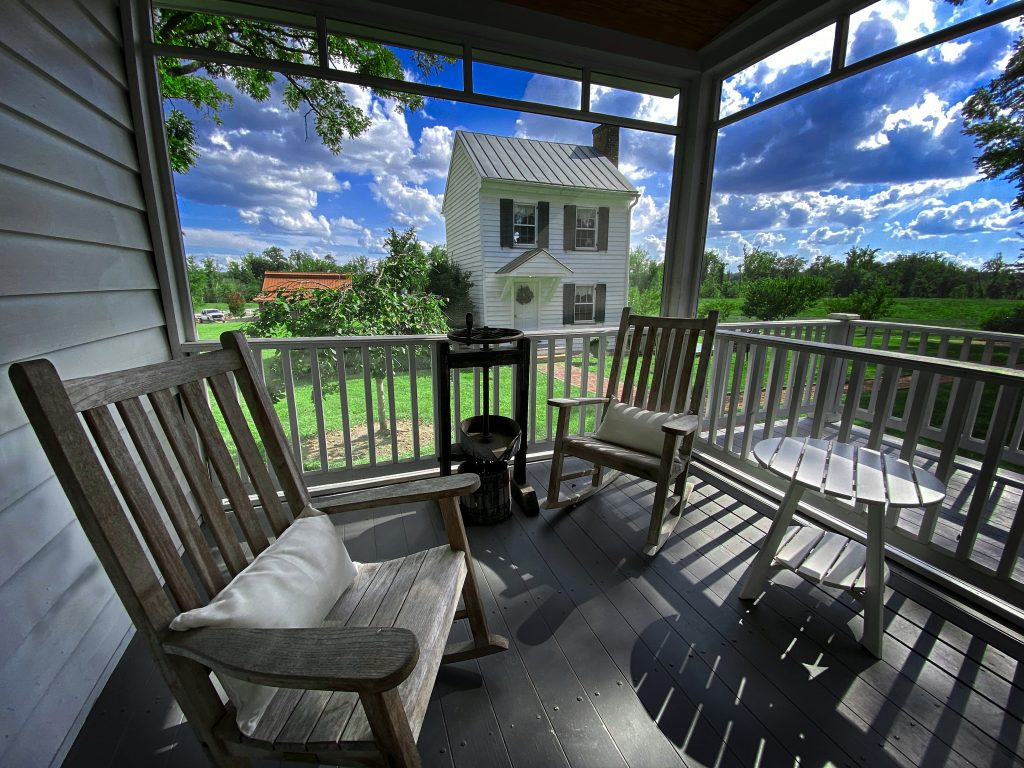 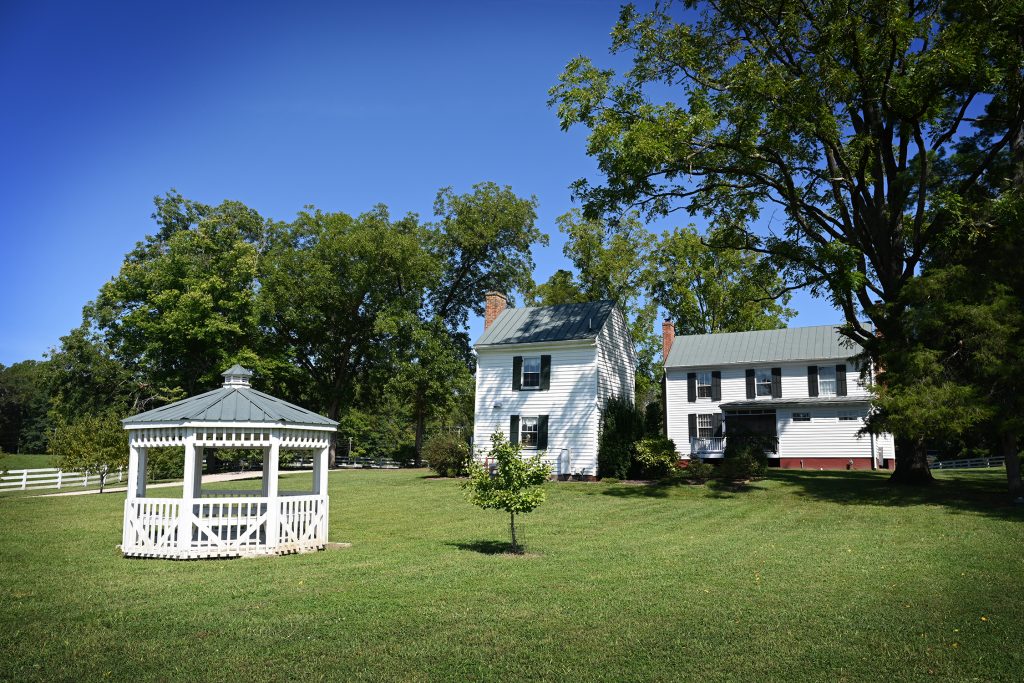 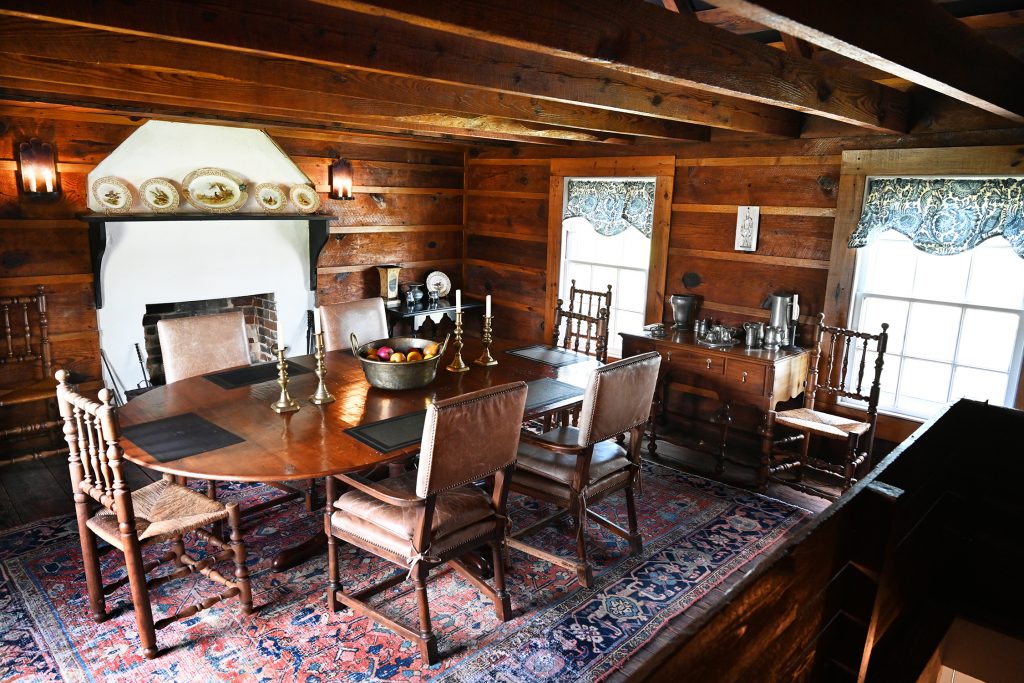 The ownership of Moss Side exhibits the usual pattern of local, inter-generational transmittance and transference by marriage. John Lewis Poindexter was a sustainable local planter in the 18th century, and Moss Side, part of his estate, was very possibly a fragment of the original 17th century family landholdings.  It eventually became the property of Matilda Anne Poindexter, daughter of Jacqueline L. Poindexter and Martha Apperson.

Matilda was born on September 20th, 1827 and died at the young age of 38 on May 21, 1866.  She married Bartholomew Dandridge Christian, son of John Douglas and Octavia St. Clair Dandridge Christian (1864-1937), who was well respected in New Kent due to his documented integrity.  Following Matilda’s death, he married Mary, a daughter of Thomas B. Wearing and Almira G. Hill of King William County.  Their sons and daughters were all born in New Kent and became prominent in county affairs.

James Stamper Christian, a son of Mary and Bartholomew, lived at Moss Side Manor, located on New Kent Highway, just west of the Pelham Swamp.  His son Lawrence and daughter Mary (May) remained at Moss Side until their deaths.

Adjoining Moss Side Manor is Moss Side Cottage, a contemporary brick structure with three bedrooms and three baths.  The attractive building is painted, furnished, and decorated to compliment Moss Side Manor.

Moss Side Manor is owned by the Tidewater and Big Bend Foundation, which is a 501(c)3 nonprofit dedicated to land conservation and historical preservation. Proceeds from your stay go 100% to the benefit of the foundation.

Book your next event at the Moss Side Manor